Putting the NEW back into Newcastle 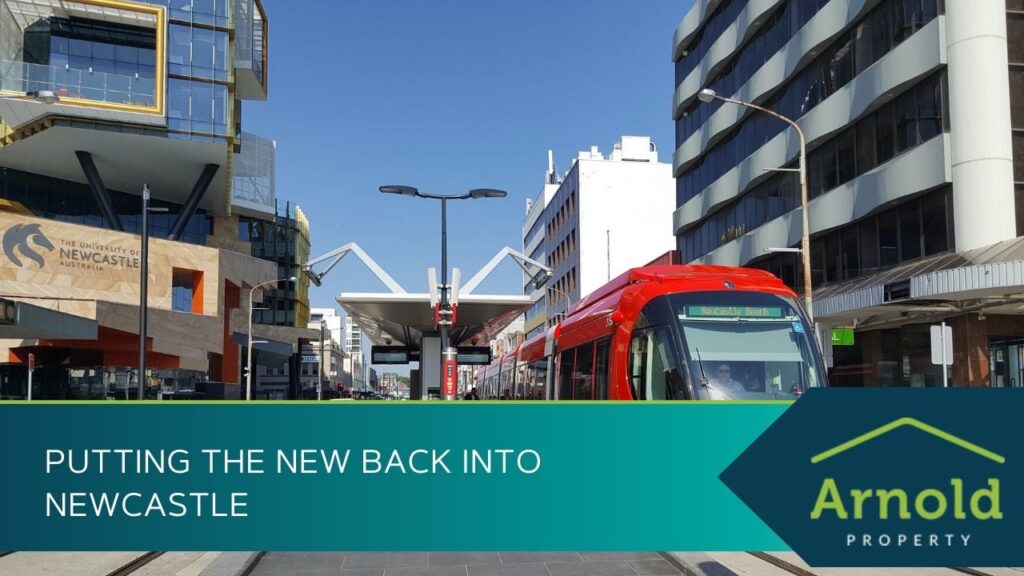 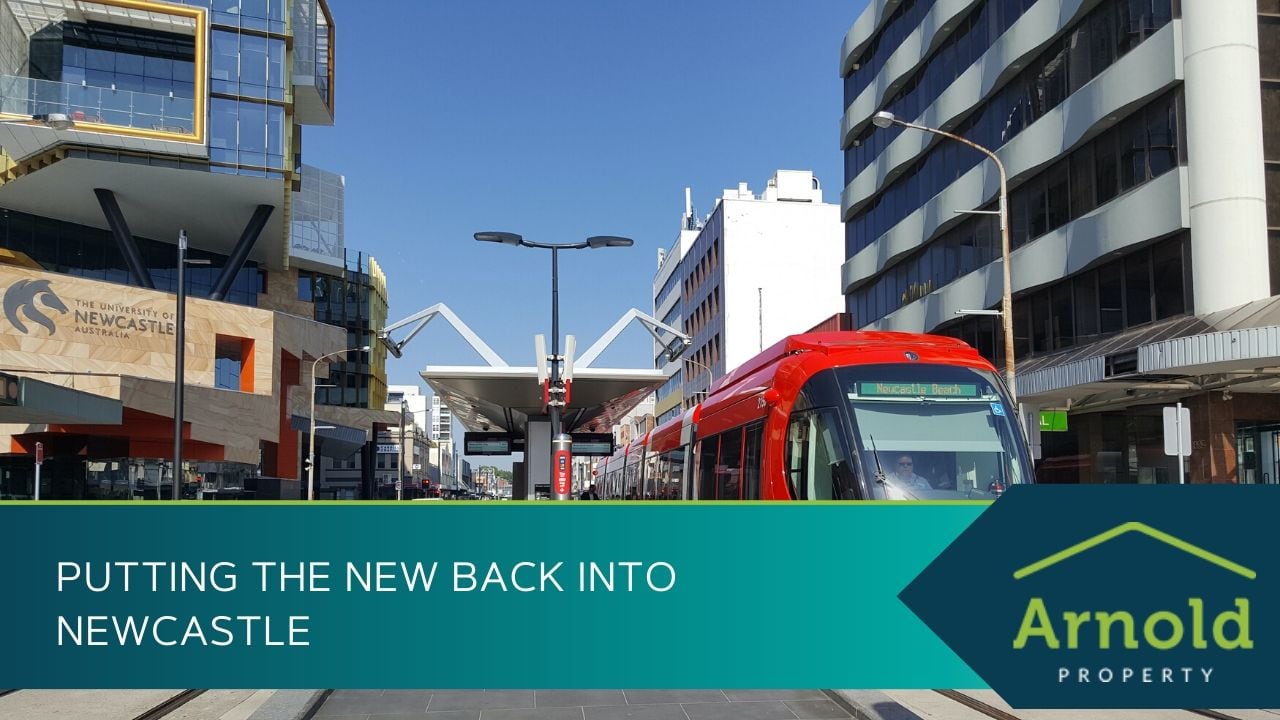 Having shed its industrial skin, Newcastle, the former “Steel City” continues to emerge as a hip hub for all walks of life.

Having surpassed 20 years since the closure of the BHP Steelworks, the city has slowly but surely proven itself to be resilient amid a changing face and body as a new and ever changing modern city.

The City of Newcastle Council and progressive NSW Governments have invested time, imagination and money into the Revitalisation of Australia’s seventh largest city. And the results are showing the city in a new light.

The CBD including suburbs Newcastle, Newcastle East and West incorporates the foreshore, from Nobby’s Breakwall to the harbour bordering Wickham, and up the hill to Christchurch Cathedral. Reaching south to parklands at National Park allow the area to encompass the beach and sporting areas, cliffsides and hilltop views in addition to the unique Working Harbour.

Newcastle did struggle over the years. With the historically commercial nature of the city changing, many businesses and semi-industrial buildings were left behind as manufacturers moved away and shopping habits of Novocastrian’s changed, moving to the suburbs.

But Newcastle is transforming its Face.

The NSW Government is investing hundreds of millions to transform the city centre, strengthening connections between the Newcastle CBD and Harbour, and delivering attractive public spaces connected to better transport based around the often controversial removal of the heavy rail.

Developers have embraced the city’s new potential, with several developments completed and others under construction or being planned, ensuring that the face of the city will continue to change, along with where people live, work and play.

Inner city dwellers are flocking to the revitalised area, choosing to live in modern apartment buildings, offering high quality finishes, harbour views and a new lifestyle to go with it.

With many developers focusing on the older Owner Occupier, as well as the executive renters, the residents are enjoying the lifestyle on offer.

The options are numerous!

Waterfront apartments abound with Honeysuckle Drive developments first off the rank 20 years ago and continuing with recent offerings as the Hunter and Central Coast Development Corporation releasing further parcels of land.

Since then, The Board Walk; Lee Wharf – East, 2 and 4; and Edition; have been completed.

The newest developments have flown off the shelves in recent years.

Lume apartments on Honeysuckle Drive, were sold out within 5 days of hitting the market.

These developments in the Cottage Creek Precinct is at the western end of the Foreshore, and location is the main star, with the water views, and ensuring the Rail interchange, Light rail stop, foreshore promenades and public squares with waterfront eateries, are all within walking distance.

The Foreshore revitalisation plan includes green space areas with Cottage Creek and Worth Place West Park key to the area.

Affordability is also a drawcard, with value for money compared to the Sydney market continuing to attract investors and downsides.

A short walk away from the foreshore, Hunter and King streets in Newcastle West are also attracting interest from developers and buyers.

SKY Residences, comprising 180 apartments, across three towers, with the development centred around a 19th floor Sky Lounge rooftop terrace, a heated outdoor swimming pool and fully equipped gymnasium and fitness centre. Situated close to the new Civic light rail stop, Newcastle Uni NeW Space and Market town shopping precinct, Sky offers residences the opportunity to be able to get rid of a vehicle and be able to walk to work, university, the beach and entertainment venues.

A unique development in the Newcastle landscape is Spire Apartments.

Situated above the existing Marketown shopping centre, the addition of 160 residential units has continued the transition from commercial use to a mixed residential and retail area. The proximity to supermarket and grocery stores, retail and cafes as well as the newly opened Medical centre and Childcare services, provides residents with great amenity. The three buildings are built facing onto a large landscaped podium, providing a green oasis above the retail precinct below.

Newcastle West has also seen the refurbishment of sporting venues, with No 2 Sportsground having undergone major improvements, with a new grandstand featuring terracing and undercover seating, spectator and player facilities and lights. These improved facilities have enabled the City to attract major sporting events, including regular W League matches featuring the Newcastle Jets Women’s team.

One of the newest additions to the Newcastle skyline, Verve Residences have added more than accommodation.

Recently, this development has won the Newcastle Architecture Medal, The Award for Residential

Verve has added another dimension to the Newcastle West landscape, featuring 197 residences up to 19 levels above the ground.  Verve residents also have a beautiful connection to the foreshore, with a six-metre wide dedicated public landscaped pathway following Cottage Creek, affording pedestrian and bicycle access to the harbourfront.

The renewal of the East End of the city began with Newcastle Beach and the old Royal Newcastle Hospital redevelopment. Visitors and locals alike now have the opportunity to wake up to the beautiful beaches with hotels and residential blocks enjoying the view and the eating venues that have since increased in number. From ice creameries to unique dining experiences, the East End has it all.

Preserving and enhancing heritage and culture is a key objective of the city’s renewal.

With Newcastle Court having moved to Hunter St, the area is undergoing a reformation.

The old courthouse has been purchased by Japanese University Nihon, with developmental approval for two modern buildings either side of the heritage listed Courthouse, with construction having recently begun.

Across the road, in Bolton St, is Parque Apartments, a prime example of the new face of inner city living. Spanish for playground, Parque is an architecturally designed 27 apartment complex, located adjacent to the heritage listed original Newcastle East Public School building, which remains a focus of the complex.

Bolton St has other smaller complexes, with mixed use developments combining ground level retail, often offering dining options for the residents living above. A much-needed facility, the Bolton St Car park, has taken this to the next level, including a childcare centre into the building, as well as preserving the heritage façade and updating the cultural value with interesting artwork.

Commercial and manufacturing buildings have also seen dramatic changes, with the former Herald building which housed offices and printing presses now home to The Herald Apartments, a modern residential building with commercial premises located in the original sandstone building, proving again that the city can combine the old with the new.

Along Scott St, there are several residential buildings from Watt St to the East heading back towards Darby St, providing apartments and improved commercial space allowing residents to access the city and beach lifestyle.

Newcastle City Council began the facelift by opening up the thorough fare to vehicles and retail and dining businesses have begun to return to this previously struggling part of town. With a variety of projects used to encourage businesses, there is now a variety of chain and independent retail options taking advantage of the location and changing residential mix in the area.

The latest precinct to begin its metamorphosis, the East End Development will encompass Hunter and King Streets, and the smaller streets that connect the two. A Multistage mixed-use development by developer Iris Capital will deliver up to 550 apartments and 15,000sqm of retail space, ensuring that residents in the city will rarely need to leave their home base to shop.

Future stages include a recently approved transformation of the old David Jones building into a major tourism and hospitality attraction, with a 5-star Hotel operated by Event Hospitality group, the boutique ‘QT Newcastle’ hotel will sit behind the heritage 1880’s façade.

The centre of town has emerged as the business and commercial district with the eye-catching architecture of the New Courthouse and University of Newcastle NewSpace dominating the skyline. With a 5 Star Hotel under development in the previous City Council Roundhouse, the view from Laman St will continue to change.

Delivering attractive public spaces is vital to bringing people back to the city centre and connecting the city to its waterfront, ensuring the harbour and its beauty continue to be a drawcard.

Several reclaimed land parcels within the former heavy rail corridor are providing space for families and friends to fully engage with the outdoors and each other.

The former Newcastle Railway Station is an important state heritage listed building. Launched spectacularly in 2018 marked the commencement of The Station’s activation – and the multipurpose space is now home to a range of events as well as hospitality, retail, wellness, art and innovation platforms.

The former Civic Station precinct has been transformed into a new pedestrian hub for people to access local businesses, the University of Newcastle, Honeysuckle and Newcastle Museum – all a few metres from the Civic light rail stop. Renovations to the existing station building, greater pedestrian access between the city and the waterfront, as well as the creation of paved and green spaces in the surrounding parks has created a vibrant public space.

Connecting the CBD with the harbour, this attractive public space provides open green space, shady trees, seating, an illuminated playspace water feature, and amenity to support a variety of events. Located at the intersection of Market and Scott Streets, and the destination for the new Queens Wharf Light Rail Stop, the lawn has been made possible by removing the overhead pedestrian bridges and heavy rail infrastructure that previously divided the city from the waterfront.

From Nobby’s to Honeysuckle Drive, provides endless fascination for all ages, with a constant flow of vessels to observe. Home to one of the country’s largest and oldest export port, Newcastle Harbour is a significant gateway to the resource rich Hunter Valley and for much of the north and northwest of NSW.  Observers can peruse gigantic container and coal ships with their accompanying tug boats, the local Stockton Ferry, greet visiting cruise ships, or participate themselves in harbour life aboard yachts, speed boats, canoes or stand-up paddleboards. Regardless of being a watcher or a doer, there is always something new to discover.

Including the Joy Cummings Promenade, consisting of shared pathways, extends from Nobby’s Breakwall to the suburb of Maryville, make it perfect for cycling and for hosting numerous community and cultural events. With the development of apartments, hotels, museums and an entire restaurant precinct at Honeysuckle, proves that the harbour is the perfect place to hang out.

As Newcastle continues its journey from an industrial city built on sweat and tears to one strongly focussed on a living, breathing, sustainable centre, we will continue to see to a vibrant, liveable foreshore city.

The transformation will be extraordinary. 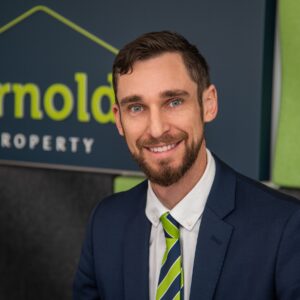